Landsbankinn's strategy is to serve as its customers' financial partner. It pursues responsible growth and emphasises creating mutual benefit and fostering long-term relationships with customers. In 2015, Landsbankinn's market share grew in most areas.

Fara neðar
Landsbankinn is the largest bank in Iceland. It has the largest market share in personal banking and in corporate lending. In 2015 the bank was the leading equity trader on NASDAQ Iceland, and the second largest on the bond market.

*According to information in annual financial statements of Landsbankinn, Íslandsbanki and Arion Bank for 2015.

Landsbankinn's market share in personal banking grew considerably in 2015. According to a Gallup survey it was 36.1% at year-end 2015 and has never been higher.

Landsbankinn is the largest bank in Iceland by this measure and also with respect to the number of its customers, its balance sheet, assets, number of branches etc. Since 2010 the bank's market share has increased by 8 percentage points.

Developments and changes in the activities of the bank's branches were in focus in 2015. These developments also include increased emphasis on advising customers. At the beginning of 2015 Landsbankinn began offering 360° advisory service, which is comprehensive financial advice offered to all customers.

The bank entered a total of 5,700 new housing mortgages on its books in 2015 to some 3,400 individuals, both for new purchases and refinancing.

These developments also include increased emphasis on advising customers. At the beginning of 2015 Landsbankinn began offering 360° advisory service, which is comprehensive financial advice offered to all customers.
More on developments in banking services

New housing mortgages (ISKbn)
It is gratifying to know that Landsbankinn's borrowers are more satisfied with the advice provided, the credit-granting process and disbursement of loans than are those of its competitors, according to a Gallup survey.
Breakdown of lending to individuals and households in 2015

Leader in vehicle and equipment financing

Operations of Landsbankinn's Vehicle and Equipment Financing were highly successful in 2015, with lending growth of 36% over 2014. Increasing corporate business comprised the greater part of its activities but Landsbankinn remains the leader among Icelandic banks in the lending to individuals for vehicles and equipment.

According to a Gallup survey, Landsbankinn's Vehicle and Equipment Financing had a market share of 37.1% among those enterprises offering specialised automobile and equipment financing.

Each time a card user makes use of an A card, he or she receives a percentage of the domestic amount as Aukakrónur from Landsbankinn, on the one hand, and from Aukakrónur participating partners as a discount refund. In 2015, an additional 6,000 customers chose to link their payment cards to Aukakrónur, making the total number of members now some 45,000.

Customer deposits are the most important part of Landsbankinn's funding. At year-end 2015 customer deposits totalled ISK 559 billion, increasing by ISK 7.6 billion over the previous year or by 1.4%, despite a substantial outflow of deposits of financial undertakings in winding-up proceedings prior to year-end.

A vibrant and growing economy needs robust and diverse banking services. Landsbankinn intends to meet these needs by endeavouring to provide corporates with a full range of financial services. Enterprises which do business to Landsbankinn have access to the country's most extensive branch network; customers have also to an increasing extent availed themselves of electronic solutions via the Internet and self-service options in branches.

Market share of lending to corporates in fisheries and agriculture

Market share of lending to corporates in real estate and construction

A vibrant and growing economy needs robust and diverse banking services. Landsbankinn intends to meet these needs by endeavouring to provide corporates with a full range of financial services. Enterprises which do business with Landsbankinn have access to the country's most extensive branch network; customers have also to an increasing extent availed themselves of electronic solutions via the Internet and self-service options in branches.

The Corporate Banking Service Centre at Borgartún 33, which provides services for SMEs throughout the capital region, continued to grow and expand in 2015. Customer satisfaction also increased in 2015, according to a Gallup survey. It is evident that these new arrangements, where all employees are Landsbankinn's corporate services in the capital region work at a single location, deliver better service to customers. Landsbankinn's other services at Borgartún 33, i.e. a personal banking branch, a branch of Vehicle and Equipment Financing and the securities dealer Landsbréf, have provided additional support for these changes.

The trend scarcely comes as a surprise, as Corporate Online Banking increases efficiency and oversight of corporate finances. Online banking functions both as an information provider and an action centre, facilitating decision-making by enterprises. The key to greater success for enterprises in a competitive market is increasing cost efficiency and insight into operations. By developing ever more diverse and better solutions in Corporate Online Banking Landsbankinn intends to meet these needs.

Landsbankinn places major emphasis on providing corporates with exemplary service and building long-term business relationships. The bank wishes to provide impetus for business, offering enterprises throughout Iceland the best available financial services. The past year was characterised by moderate growth in lending to companies in most business sectors. At year-end 2015 the bank was, now as before, the leading corporate lender of the three commercial banks. Growth in lending in 2015 was greatest to companies in real estate and construction, with construction in the travel industry the major factor. Although total lending to fisheries enterprises was practically unchanged in 2015, Landsbankinn had the greatest market share in lending to enterprises in this sector.*


*According to information in annual financial statements of Landsbankinn, Íslandsbanki and Arion Bank for 2015.

Fisheries has always occupied a special place at Landsbankinn, right from its earliest days. The fisheries sector and related industries are key pillars of Icelandic business and industry. In recent years innovation and development in the sector has been flourishing. The bank participated in numerous major investment projects in fisheries this past year, including financing vessel purchases, processing plants and company acquisitions.

Landsbankinn intends to continue its active involvement in developments taking place in Icelandic fisheries and make its contribution to positive new projects. One aspect of the bank's support for R&D in the sector is its co-operation agreement with the Iceland Ocean Cluster on Grandagarður in Reykjavík.

Landsbankinn was involved in financing a large number of major construction projects, both residential housing and hotel accommodations. The bank finances numerous housing developments currently underway, including the construction of 144 apartments on Grandavegur in western Reykjavík and 175 apartments on Mánatún in the east-central area of town.

Several hotel buildings financed by the bank were completed this past year, including Skuggi Hotel on Hverfisgata, Storm Hotel on Þórunnartún, and additions to Hótel Klettur on Mjölnisholt and Icelandair Hotel Marina in the Old Harbour area. Another Icelandair Hotel on Hafnarstræti and Hilton Canopy Hotel in the downtown shopping district are under construction, both financed by Landsbankinn.

Landsbankinn supports travel industry development by various means. The bank has been monitoring developments in the industry closely, as it has expanded strongly in recent years and has now become the industrial sector with highest foreign currency earnings. The bank is a member of the cluster Iceland Tourism and supported the marketing campaign Iceland Year Round, as it has done since 2012.

In the spring of 2015 Landsbankinn organised a conference on travel services entitled "Are a million travellers a problem?" On this occasion, Economic Research presented the bank's new and detailed assessment of the significance of the travel industry for the Icelandic economy.

Landsbankinn organised a large number of gatherings and conferences on varied issues during the year. The bank held meetings, for instance, on the role of leaders and managers, on global oil prices and their impact on households and corporates, and on the use of social media in marketing. Furthermore the bank organised a conference on the situation, development and opportunities in the telecom market. Well over 2000 people attended these gatherings in 2015.

So-called cluster collaboration has increased in recent years in Iceland, and last year the bank took part in the establishment of two such clusters. Landsbankinn is a participant in the Iceland Geothermal Cluster. The purpose of the cluster is to improve competitiveness within the Icelandic geothermal sector through value-added and improved resource utilisation. The bank was furthermore a founding member of the aluminium cluster established in June 2015. The objective of that cluster is to boost competitiveness through value-added for the the companies involved as well as increasing visibility, research and innovation in this field. 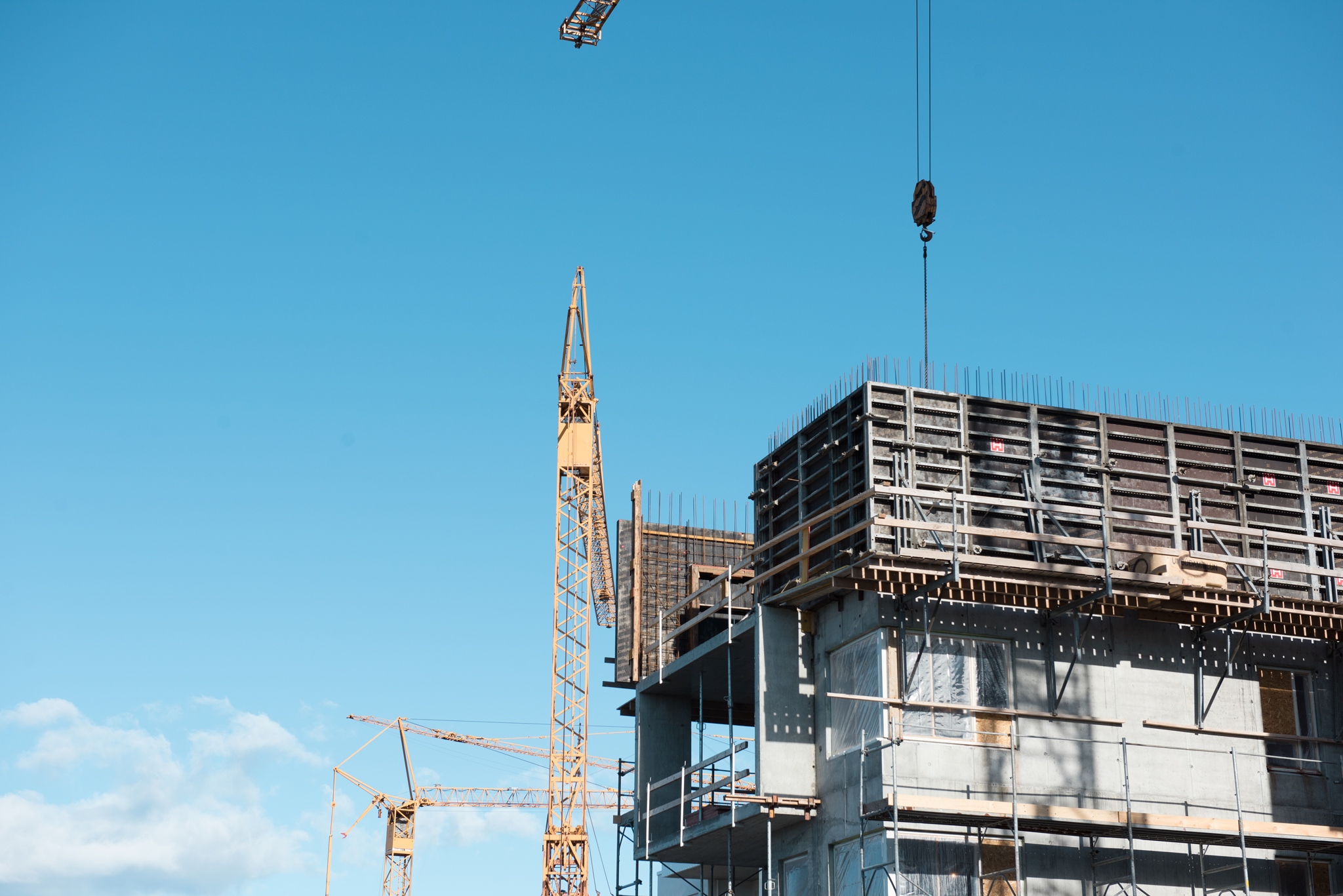 Landsbankinn emphasises taking part in the developments underway on the Icelandic securities market. The bank's Markets division is responsible for services including the sale and brokerage of securities, marketmaking, corporate finance, asset management and private banking.

Markets handled various other projects connected to bond and equity markets during 2015. These include, for instance, co-ordinating the sale of the ISK 14.5 billion in covered bonds issued by the bank, sale of the bank's holding in the real estate company Reitir and sale of an 8.5% stake in Marel. The bank also signed agreements for marketmaking with shares of Síminn and Reitir and covered bonds of Arion Bank and Íslandsbanki.

In 2015, the bank's Corporate Finance handled the sale of the companies Ellingsen, Ístak and Promens and acted as advisor for acquisitions by the real estate company Reginn of property portfolios of Ósvör hf. and CFV1 ehf.

Landsbankinn is the principal sales agent for Landsbréf's UCITS and investment funds and last year saw a substantial increase in new sales of the funds.

In 2015 the number of customers purchasing Landsbréf's funds by subscription rose by 44%.

Assets under management by Landsbankinn and Landsbréf (ISKbn)
Landsbankinn offers its customers a variety of pension savings options and this aspect of the bank's activities has grown steadily in recent years. The bank offers both funds for mandatory pension savings and supplementary savings.

Landsbankinn's customers currently hold over ISK 100 billion in pension savings plans operated by the bank. Monthly contributions have been growing rapidly and will soon reach ISK 1 billion per month.

Landsbankinn strongly emphasises providing comprehensive advice and good service in pension provision. All agreements for pension savings are drafted by the bank's own employees.

The returns of the pension fund Íslenski lífeyrissjóðurinn were extremely good in 2015. The real return of the mutual insurance division was 11.55%. Returns on private pension routes were also very good, as the real return on the option Líf I was 13.78%, well over the average return on pension funds in 2015.

Assets under management in Landsbankinn's Asset Management division have grown considerably YoY. Last year's increase was the highest yet, with assets rising from ISK 168 billion to ISK 210 billion, or by over 25%. Asset Management's success can be attributed to good returns on its funds, a strong inflow of new and older customers and transfers to the bank from other parties, both in pension savings and asset management.

Corporates have turned to Landsbankinn in increasing measure for their liquidity management, as the bank's fund Veltubréf has become the country's largest short-term fund.

Landsbankinn's Economic Research plays a key role in shaping the bank's views on economic developments and prospects, both in Iceland and abroad. The department carries out analyses of the economy and publishes macroeconomic and inflation forecasts, as well as handling sector analyses and other more specialised projects. The department also provides analyses and valuations of listed companies. In 2015 Economic Research published a total of 343 analyses, of which 187 were analyses of economic issues and 156 were linked to companies listed on the equity market.

This online Annual Report is published subject to reservations regarding possible errors. Should typographical errors, discrepancies or other obvious inconsistencies be discovered, Landsbankinn reserves the right to correct these and to update the online Annual Report accordingly in each instance.